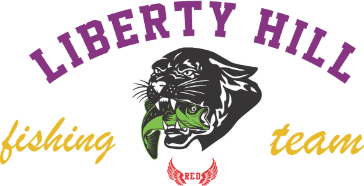 This site is sponsored by

The privilege of being a part of this great sport as well as this team is a direct result of Reds time here on earth and I do not ever want his memory to fade in the years to come. In fact, I want you to keep his memory alive and live life to the fullest, help others in need, enjoy the time you have with your families and friends because these are the truly important things in life- the simple things. Getting to go out on the water in these amazing boats, and getting to drag in the big ones, being a part of weigh in at the end of a grueling day, and the community of anglers surrounding you is an amazing opportunity and experience. But I can tell you this, that making a positive impact in someone’s life by simply offering a smile, a hand up when they are down, has the potential to set them on a path of excellence as well as empowerment to reach out to someone in need themselves and even though to you it was not a big deal to you at the time, these are the things that change peoples lives and the things that people truly want to be a part of. Red thank you for being an example of this and allowing us to carry on your name in a way that we feel you would have been represented best.

Michael Cade Riley, known as RED by anyone who came in contact with him, was truly a light in many peoples lives. Cade was an adventurous young man that had a lot of loves in his life, he was a Lacrosse player, he played football, he played some baseball, he loved his family and friends without reserve. He excelled at life with a great sense of humor, and always wanted to see a smile on your face, you knew this kid was genuine just in the way he made you feel included, and a part of what was going on because he just cared. With all the things going on in his short time here, he absolutely loved to fish, in videos I have seen and stories I have heard he had this passion from a very young age, his mother told me a story of him in the living room around 3 or 4 years of age, fishing out of a cardboard box that had sponsors drawn on the outside of it in marker “because that is what pro anglers did”. I can imagine that if he were here today he would say “Wait!- What a fishing team in high school”. He would also be with someone making there day a little bit better just because that is who he was.

Besides the obvious of sponsors and volunteers I would like to make sure that as a team we continue to carry on a legacy of this young man’s life, which inspired the birth of this team. team inclusion, service to others, and mentoring others are all qualities that RED stood for, and what we hold up as valuable and worthy of carrying on. Included with these things I also wanted to make sure that we incorporate this bio, so that Reds memory stays alive and continues to be the focus on why this team started and the foundation to who we are as a group. I firmly believe that if your going to do something then do it with excellence and since this team has taken off this has been what we strive for. Some of you may not of had the opportunity to meet Red some of you may not even know who I am talking about which is why we wanted this included in every part of what we do as a team to be sure you truly know that being apart of this team is truly being apart of something much greater than ourselves.

Click on the links below to learn more about our RED level sponsors!

Thank you to our DIAMOND level sponsors!

Thank you to our GOLD level sponsors!

About Board of Directors
Student Officers